Posted by Rania M M Watts on December 15, 2019
I’ll never forget the feeling of my very first Rave party. It was a frigid, 15° F, February night in Southwest Detroit and my friends and I stood outside waiting in line, very intoxicated. We walked inside of the building and people from every angle shoved Rave flyers in our faces. The very loud, thumping sound ripped through me like an earthquake and I fell in love.

There was somewhere close to 3000 people walking around, dancing wildly and everyone there had this aura of freedom. In every direction, I witnessed people wearing huge pants, glow sticks flew around like lightsabers and of course the wares of the black market underground were ever-present. It was an instantaneous feeling of finally finding my soul tribe. It changed my life completely, for good and for ill. 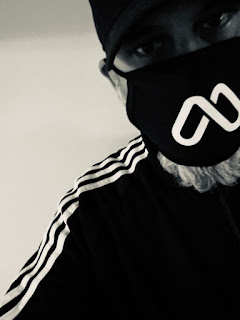 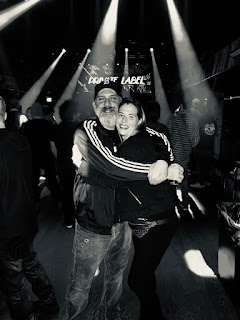 1997 was a very different era of electronic music than what we know it as today. The dark, dirty, dangerous, cavernous and glorious warehouses that we used to call home are now a thing of the past. Fox news exposés on the dangers of raving put an end to that era. Electronic music was forced to go back underground into a regulated club culture. It was just a different vibe in those small clubs. We went from freewheeling hippies, like neo-Woodstock spirits, to having to hang out with Normies in a regular bar. It felt wrong, but we adapted like the music, itself, does.

Prior to this cultural change, Techno, House and Drum and Bass thrived in secret parties. Countless DJs of legend made the circuit tours around the world, including my beloved hometown of Detroit. I will never, ever forget attending a party where the headliner was Richie Hawtin, a.k.a Plastikman. It was his record release party for his experimental album ‘Consumed’. There were multiple rooms with a theme of black and white everywhere. Decor included round couches, split black and white, that rotated counterclockwise to a clockwise spinning strobe light above it. I’ll just say it was a paradise for people who enjoy the consumption of hallucinogens. That is where I was introduced to my favorite Techno DJ of all time. 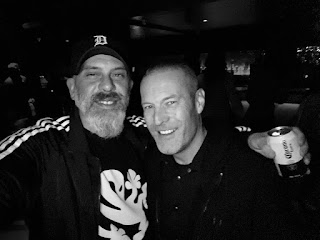 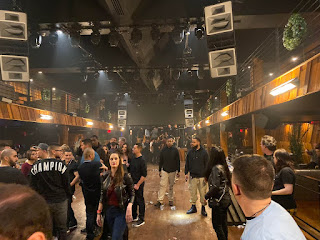 Richie Hawtin had a sound like no one else. It was dark and brooding but had a crisp, minimal techno beat that was laced with the soulful feel of Chicago Acid House euphoria. He was always experimental with his mixes and regularly tried out new technologies while pushing boundaries. Just by watching him and listening, you could tell that this guy had a serious, futuristic vision. Throughout the years, I continued to follow him, but I gave up the scene for multiple years for personal reasons that we’ll save for a different day.

Many years later, I ventured back to Detroit with a bunch of my friends for the Movement electronic music festival in 2019. I was really excited because Richie Hawtin was one of the headliners. I hadn’t seen Richie since 2007 where he was the headliner for a Breast Cancer awareness event in Windsor Ontario. I had the time of my life at Movement and I was thrilled to see him again. I was not disappointed. His set was just as electric as I had remembered his past parties. I went back home rejuvenated and then one late summer day. I found out that someone had booked him in Atlanta, my current home.

Nestled in the heart of Mid Town Atlanta is a special venue called Ravine that regularly hosts world-class DJ’s from every flavor of the spectrum; EDM, Trap, House Music and Techno. There is a slew of other great underground venues in Atlanta such as Alley Cat Music Club, District and Project B, but this is one of the few that can boast it has a Funktion One sound system. It also has an interesting 1970’s studio ambiance with wood panelling around the DJ booth and along the edges of the second level overhang. In many ways, it resembles a smaller scale Printworks London.

Today is no ordinary day for the Atlanta Techno Love family. My favorite Techo DJ in the world descended upon Atlanta with the full force of his Detroit Techno legend. Very rarely are we graced with such notoriety. Other Detroit legends such as Juan Atkins, Kevin Saunderson, and Carl Craig have played here in recent years, but Richie hasn’t been to ATL since 2000.

In the town where Trap Music is king, Techno in Atlanta is like Hockey compared to other sports (music) here. It is the ignored, red-headed stepchild. House Music has a big following here too, with events like House in the Park, led by Ramon Soul and Kai Alice, but Techno is for a different palate here. As a born and raised Michigander that grew up in the late 1990’s Techno warehouses of Detroit, this breaks my heart.

However, between 2016 and today, a small subset of die-hard Techno lovers in Atlanta is beginning to thrive. Atlanta is a special city. It is home to diverse people from all around the world that bring their own unique flavor of art and culture. As a result, this burgeoning Techno scene has caught the attention of Superstar DJ’s from around the globe. Suddenly Atlanta, Georgia is influencing Techno like it influences everything else. 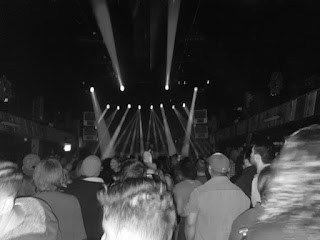 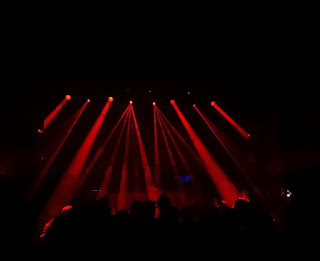 Which brings me back today. Richie Hawtin arrived, conquered and blew everyone’s minds, just as he has done to me at that late ’90s Consumed party. Today was a very special day for me because he is THE DJ that I have revered the most over my twenty-plus year raving tenure and I was excited for all of my friends to see him again or for the very first time. Richie is pure, unrivalled dance floor power.

Known as both a pioneer and innovator of the minimalist sound, Richie has an impeccable reputation for being the master crowd control magician behind the decks and can move people like chess pieces just by reading the room. I’m always impressed by his ability to know when to bring the crowd down for a quick breather and then kick it up several notches to make everyone lose control like they are part of some tribal dance ritual.

Richie Hawtin’s long resume is nothing short of remarkable. In the early 1990’s he, John Acquaviva and his brother, Matthew Hawtin founded the world-famous record Labels Plus 8 and M_nus. Their early discography alone is mandatory for anyone and wants to explore the world of Techno. He also innovated several pieces of DJ equipment that changed the way DJ’s played such as Final Scratch and the Model 1 mixer.

He is one of the most in-demand DJ/Producers on the planet and regularly headlines festivals all around the world. So it's no surprise when everyone was blown away to hear that he was booked for Ravine in Atlanta for the first time in twenty years. Everyone showed up with extreme enthusiasm on their faces and we showed Richie why Atlanta Loves Techno. Based on his social media posts about his impressions, it made me proud as both a Detroiter and ATLien. I’m ecstatic and thankful to be able to say that I was there and gave every ounce of my soul out of pure Detroit love and respect.

Until next time dance citizens, I’ll see you on the floor.

On Social media, Michael Sanders can be found on Instagram as either @Draaxula or @draaxula. 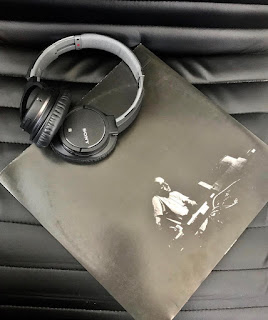 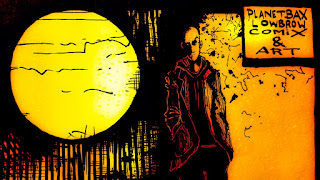