Posted by Rania M M Watts on September 18, 2019
This series focuses on heroes that live around us, next to us, even in our own homes. I won’t call them “regular people” because they are not. They carry something special and unique about them -- an internal light and energy that makes others eventually understand that they’re in the presence of a mind and heart worth tapping into. These “Legends” aren’t famous in the traditional sense, although they could be. Many of them choose not to be.

Their “fame” is earned by the great impression they leave after leaving a room, a conversation, or even life. Legends are created out of deep respect and awe for another human.  I thought I’d start with a legend very close to my heart; my own father. I could write a book on my father’s life  and maybe one day I will. But for now, he kicks off my series on “Legends”.

A glimpse into everyday greatness:

Creative Writing* and artistic expression predates me in my family. As a young adult my father worked at a newspaper printery in Thessaloniki, Greece for a time. Although he was a quiet man, he loved words. We were surrounded by them. Our home was filled with dictionaries among a plethora of other books. He studied words. He had a rich vocabulary and an incredible grasp of both ancient and modern Greek. He also had the most amazing penmanship I had ever seen. His handwriting was like art. 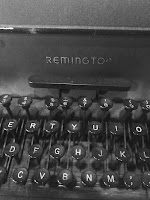 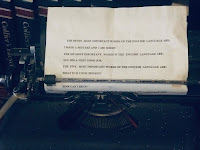 The photograph above is my father’s typewriter. He was gifted it by an attorney who befriended him when he came to the United States- My father was learning English and working at various menial jobs where language wasn’t an issue- to put food on the table for his wife and two young kids at the time. The attorney came to realize what an intelligent man my father was and learned of his background in journalism and love of words and writing. He was surprised because my father didn’t talk about himself, his positions or achievements and never once did he complained about his lot in life. (As a little girl, my father is the one that taught me to respect everyone; “Treat the janitor the same as you would the President”). Moved by my father’s humility- the attorney told him that after he had mastered the English language he would need a typewriter for future endeavors and he gave him the Remington- which my father treasured. I have since inherited this beautiful machine, filled with deep appreciation of its rich and meaningful history. The paper in this typewriter is from my father’s English class.”-

Postscript: “The typewritten English paper by my Greek father.”

The seven most important words of the English language are:
I made a mistake and I’m sorry 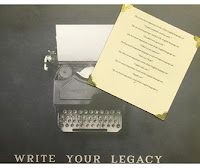 I miss you daddy 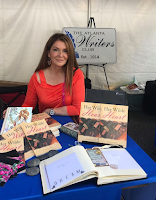 “I want the dash between my date of birth
and death to be a pulse not a flatline.”

Quill Fated Scribes Bio!il “I want the dash between my date of birth
and death to be a pulse not a flatline.”