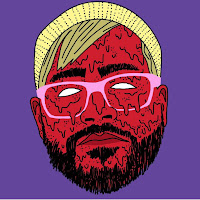 Last Friday evening, my disappearing chapbook entitled Candy Maze (Vol 1 & 2) was published by Really Serious Literature, only available to read on Instagram.  I was so intrigued by the idea of a disappearing chapbook I felt genuinely compelled to ask its founder C.C. Hannett for an interview for CCIQ!  The idea of a disappearing chap is so magical on so many levels, like many things in life that are short lived.  To have a piece of your work out there knowing one day it will be eventually deleted into the mist is a profound thought indeed.  So far, they have published 98 disappearing chapbooks including mine.  It’s so exciting to be part of this movement.  If you’d like to have your piece published by them DM CC at @rlysrslit – they are always looking for interesting chapbooks to publish.  Everything you need to know about how to submit and expectations are in this interview however CC is always open to dialogue – feel free to DM him directly.

CC: Luckily, having much of my creative energy tied to mental disrepair, any blockages that may occur are short lived.

RMMW: We all have an inner critic, how do you contend with yours?

CC: Tie him up and slam the trunk shut. Let my conscience do the steering.

CC: I can’t write in a stationary environment. Like, I can’t write at home or at a cafe or at a bar. My ideas come to me in movement since much of my writing is done on my phone.
For collections I require a certain musical aesthetic to obsess over. Last time it was Spice Girls.

RMMW:  What is the origin story of the disappearing chapbook?

CC:I wanted to encourage writers to promote themselves and create a spark of urgency with  a community of readers. My ex-wife is an Instagram influencer. While we were still married, I took notice of her engagement on Instagram and wondered if there was something, I could do to make an inclusive platform to share a broad spectrum of work by members of my community and those I admire. It dawned on me each post allows up to ten slides which is like a little chapbook. I Made one for myself, obnoxiously promoted it, and kept it up for 72 hours. I had so much fun with the process and received a fair amount of positive feedback that I began soliciting work and opening up submissions.

RMMW: How long do chapbooks stay on Instagram before they are permanently deleted?

CC: In the beginning, it was 72 hours. Now, the standard is 96 hours. However, for a limited time, Disappearing Chapbooks will stay on the page for one month.

RMMW: Why do you feel creating a movement like the disappearing chapbook was/is important?

CC: Poetry can be introduced as fun and surprising like candy. Its possibilities are endless and can be experimented with just about anywhere. I think this helps remind people, somewhat. Regardless of what “school of thought” they subscribe to.

RMMW: Do you have a favourite disappearing chapbook from the ones you've released so far and why?

CC: I’m far too fickle and inconsistent to pick from that tree. Everyone has brought their ace game so it’d be a difficult feat to narrow it down to just one.

RMMW: Who are your favourite indie poets?

RMMW: What do you feel is the biggest challenge today with emerging writers and proper social media exposure?

CC: Believing their work deserves as much attention as anyone else’s, no matter the source or medium. A piece gets accepted and mentally orgasm and celebrate almost privately for the most part. But what’s that going to do for the press that publishes you and how is it going to broaden their readership for future issues and make their publication SING on your updated bio? Writers inherently bite their tongues when it comes to self-promotion, but If we learn to share our publication achievements like it’s a god damn party, we can level the playing field and expand audiences. We can build accessibility to a form many people who aren’t writers themselves shy away from, and, If we work together to strip the larger institutions of some of their clout, we can redefine personal and public success, which in turn leaves far more room for innovation in all circles. We’re not all going to be remembered like Keats and Dickinson and, with that in mind, should actively utilize the promotional tools in front of us. Write for the future with modern vigor. Yes, strive for producing timeless pieces, but don’t be afraid to toy with marketing and gimmicks, especially if you’re a poet or subgenre creative. Being a poet is hard, man. Book your new band at a local bar and it’s assumed there will be a cover and the band will hopefully be paid. Book a reading and feel awkward and ashamed for leaving out a donation jar. We have the same jobs, same expenses, struggles, and ultimately the same dream of getting somewhere with our crafts, too. It shouldn’t be that way. I don’t expect you to get famous, I simply want you to be treated fairly and for your work and efforts to be appreciated. REVOLUTION!!!! Ha.

RMMW: What is a poet requiredto do if they are interested in participating in the disappearing chapbook series?

CC: Submit 8-16pgs of material that will fit within the dimensions of Insta. No need to provide a cover as I make the majority of them on my own. Bios are cool but I don’t post them with your chappy so no need to include.
If for whatever reason your submission is rejected, I’ll usually offer an immediate second opportunity by asking for something else or providing a prompt. But you can submit as often as you like, unless I ask you to stop.

RMMW:  What current challenges do you feel most emerging writers face?
CC: Either finding their own voice or committing to just one voice. 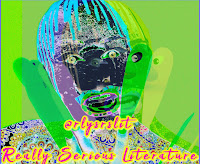 RMMW: What themes do you enjoy exploring most within your own writing?

CC: Merging the real and the imaginary. Everyday observations deep fried in fantasy, horror, or the surreal.

CC: Immortality. Imagine the pranks and freedom from the pursuit of purpose.
Reactions: