Third time's a charm an interview with Marika Rauscher!!! 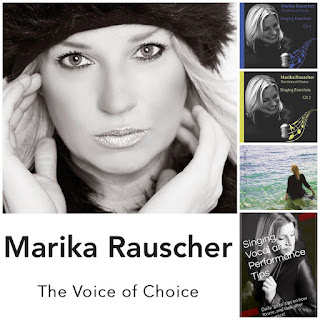 I don’t care what kind of music you sing!  Chances are, I will listen to it regardless of genre, music has consistently played an incredible role in my life here on earth.  I believe my life was saved between writing, singing and listening to different musical styles.  There are certain voices that always induce goosebumps up and down my arm.  The first time I heard Marika Rauscher’s angelic voice I was hooked!!! It did not matter if she sang Opera or other styles, her voice is truly a chameleon one that can adjust to any situation or stage.  And, not just another beautiful singer, Marika also wears different hats throughout her professional life including that of Vocal Coach, Personal & Professional Development Coach as well as many more. Marika has penned her own Voice Instructional book now available on Amazon entitled "Singing, Vocal and Performance Tips: Daily 'go to' tips on how to use, and look after your voice!"  I was missing the vocal instruction that I used to receive.  And, the comical aspect of this is that Marika’s book gave me much comfort in a time that I’d thought I lost my voice! I’d encourage all of you to follow Marika on Instagram @marikarauscher or check out her very informative website https://www.marikarauscher.com or better yet book her for a performance -- details are on her website!!!

RMMW: Do you practice singing at home and if so, how do your neighbours feel about it?

MR: No. I wish I was home every day to practice, sing/play my piano, but work (Lecturing, Vocal Coaching, Choir Leading and Performing) gets in the way. But when I do practice/play at home, I mainly do so during the day when many neighbours are out at work, so hope I don't disturb them too much. I moved 2 years ago and haven't had any complaints as yet. My old neighbours used to complain when I DIDN't practice! They said they missed their free concerts! So, I've been very lucky to have supportive, appreciative and understanding neighbours.

RMMW: Do you enjoy Opera when it is paired with mainstream music? 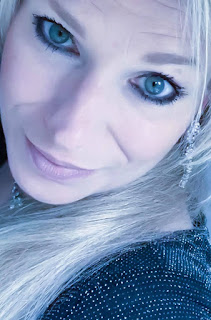 ​MR: That depends on how it is done. I have heard some spine-tingling fusions, and some that make you want to self harm! I guess it comes down to personal musical tastes as to what you think works and what doesn't. I'm not an opera purist, but I have certain expectations and standards on what I believe to be "good" quality work that enhances or elevates the beauty of the operatic art form, as opposed to detracting from it.

RMMW: Have you ever had an onstage catastrophe? For example, a voice crack or forgetting a line?  How did you react?

MR: Many!! Any artist that claims never to have had an on-stage blip or epic fail is telling you porkies! How do I react? You carry on regardless. The show must go on. It is usually more obvious to you as the artist knowing your craft, than it is to the listener. Sometimes, what I considered epic fails in my performance went completely unnoticed by fellow singers/musicians or audience members. You learn to not let those moments absorb you. They exist. They will happen. We have to make friends with the fact that we are just human after all.

RMMW: When and how did you land your first part in an opera production?

MR: Well, I started performing in school productions, but professionally it was with Kentish Opera. It was post University and was auditioning for anything and everything. I didn't have much of a game plan in the early stages, and just threw myself at everything in the hope that if I threw enough mud, something might stick. It was a Chorus role, but was happy to start at the bottom, learn the ropes and work my way up!

RMMW: What kind of training is required to perform opera at a professional level?

MR: It is an ongoing study in multiple disciplines. You never stop learning or perfecting your craft. Not just vocally, as the voice changes over the years, but also language coaching, acting, dance, movement, stylist interpretation, storytelling etc. Each composer and genre has their own style and history from which to learn expressive and musical detail uniquely rooted to them. I haven't even touched the surface of so many composers and era's I'd love to investigate further.

RMMW: Is opera competitive? Are there a lot of politics when it come to choosing leads or does the best voice usually win out? 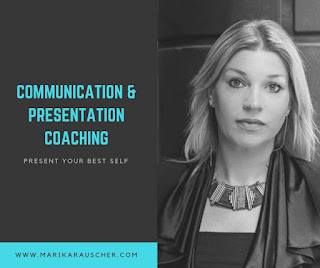 MR: The competition is real, fierce and ruthless. The simple truth is that there are more Opera Singers than there are jobs. There simply is not enough work or funding to support the demand of Singers. So, yes in the big opera houses politics and famous names will win over unknown singers as they bring in the money. If people have heard of the singer, they will pay to hear them sing. Are they always the best choice vocally - no, not necessarily. Does age, looks, height etc. factor into casting? Yes. heavily. Should it be a factor? This is a can of worms I'm not going to open up here, but needless to say Opera is a business like any other.

RMMW: For people who do not like opera, is there a particular album or show that you'd recommend that might change their minds?

MR: My Album "A Broken Heart" obviously is up there 😉 (available to purchase directly from me through my website www.marikarauscher.com) hahaha. It must actually be said that many people say they don't like opera, when they actually mean they have never been exposed to opera and have no immediate access to it. Therefore, they fear they won’t enjoy it and hence are not willing to spend the money to find out. Opera is much more accessible these days, with live screenings in Cinema's, ticket prices in the big houses that match that of a Cinema ticket, and productions that take place in Pub Theatres and Fringe Venues, which also offer the sur-titles (translations) so you can understand what’s being sung if it's in a different language. There are certainly more 'beginner' friendly opera's than Wagner!! I would recommend Mozart, Verdi and Puccini as composers that I believe to be fabulous entry level initiators.

RMMW: Is there a peak age of an opera singer? At what age does the human voice start to deteriorate?

MR: A trained voice, if kept in good condition vocally and physically, can still produce high quality work into the singers 70's and 80's. To offer an exact or approximate age would be remiss, as the voice is as unique as a thumb print. Each and every voice/body peaks, ages and deteriorates differently. One can vastly differ from the other, due to a plethora or varying physical, emotional and/or psychological factors.

RMMW: What challenges do opera singers face that pop singers do not? 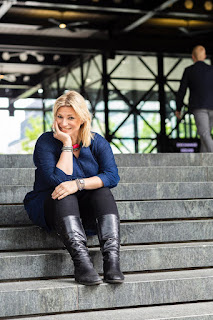 MR: Oooo this is a good question. I think both face major challenges in overpopulated, highly pressured and demanding platforms. However, Opera Singers tend to limit themselves to being performers in Staged Productions, and as mentioned earlier, there are not enough Opera Companies, Productions or Funding to support the demand of singers in the profession. And here I am talking Globally, not just UK or Euro-centric. Although pop is also overcrowded, making your work visual and globally recognised to translate into monetary reward, if you write your own material there is always scope for a new audience. With Opera one could argue that target audience is more limited in where and how you place yourself if you are only niched into stage production as a performer, which I realised early on and hence expanded my repertoire and performance platforms to cover Classical Concert Platforms, Film Soundtrack Recordings, Opera Productions, Weddings, Corporate Events, Launches, Tours, Cabarets, Restaurants etc. and absolutely love the variety and the opportunities that open up to me from offering that flexibility.
Reactions: