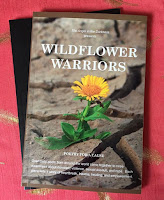 Founder and EIC of Wildflower Warriors, Amy Turberville is such a strong advocate when it comes to fighting for the rights of women all over the world through poetry and writing.  We should all be so brave as to scribe against oppression especially when it comes to abuse against women.  It’s such an important subject that constantly gets dusted under the carpet and now is the time to say enough is enough and support those women who have been so brutally raped or assaulted as their freedom of expression prospers.  Letting them know they are not alone.

And, before I forget, Amy wanted me to remind everyone that Wildflower Warriors and The Angel in the Darkness are both available for free at Apple iBook’s & Blurb.  Soft covers are of course available on Amazon and B&N.  For more information on Amy give her a follow on Instagram @theangelinthedarkness and of course of @wildflower_warriors .

RMMW: Have you ever been creatively blocked?  If yes, how did you overcome it?

AT: Yes! What writer hasn’t 😂 I have learned to just take a step back & not force it. Creativity ebbs & flows naturally. In the past I would try to write to prompts/images to break writer’s block, but more times than not, it would end up in aching mediocrity. So now I just go with the flow.

RMMW: We all have an inner critic how do you contend with yours? 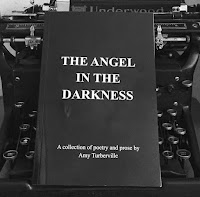 AT: My inner critic is a complete bitch. Seriously, no one is harder on myself than me. I think the majority of my work is complete crap. Luckily most people tend to disagree. And from their support I have found the strength to keep writing and sharing my story.

AT: I do not. I write whenever inspiration hits. I am always writing snippets on my phone. But for the most part I just need a pen & my journal.

RMMW: At what age did you start writing?

AT: Around 2nd or 3rd grade, I began writing poetry. I read a lot of Shel Silverstein, Mother Goose, & classic fairy tales & fables. My parents were both avid readers & English teachers, so it came naturally I suppose.

RMMW: Tell us a bit about Wildflower Warriors...

AT: Wildflower Warriors is an Instagram support community for survivors of sexual assault, rape, & domestic violence. It grew out of the survivor-based anthology “Wildflower Warriors” that I curated & self-published to raise awareness about these traumatic issues.

RMMW: Why was it important for you to found Wildflower Warriors? 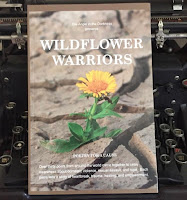 AT: Before the #metoo movement took off, people rarely discussed the taboo topics of rape & abuse openly; and when they did, I noticed that their stories/poems were often overlooked by the vast majority of feature pages in the Instagram #poetrycommunity in favor of softer pieces with mass appeal. I knew that there were others out there just like me that needed their stories to be heard. Enter @wildflower_warriors.

RMMW: Who are your favourite poets?

AT: I have always hated picking favorites. I tend to root for the underdog. I like poets that express themselves genuinely. And generally, disdain mass appeal.

RMMW: Where is your favourite place to write?

AT: At home, usually on the couch or at the dining table.

RMMW: How many unfinished manuscripts do you have?

AT: I currently have two book projects I am working on. One I hope to be releasing later this year.

RMMW: What is the first book that made you cry? 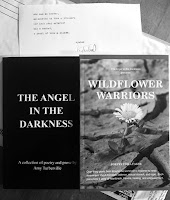 AT: Probably Animal Farm by George Orwell, I have never gotten over Napoleon selling Boxer to the glue factory.

RMMW: Does writing energize or exhaust you?

AT: Oh, it definitely energizes me! I use it as my primary means of relieving anxiety & depression. Writing is so cathartic. It has healed me more than anything else.

AT: The ability to heal the world would be awesome.
Reactions: