Posted by Rania M M Watts on November 10, 2017
Now, where is that blessed book? Yes here is it: Lady Jane Grey.
A swift push at its hand-stitched pseudo-leather cover & Victor
Frankenstein's secret laboratory lies exposed. Igor, his servant,
spent the last hour & a quarter lighting all 200 beige bees wax
candles. Prior to Dr. Frankenstein's decision to work on humans,

he found delight with creatures of myth. Victor's obsession
for Medusa nearly cost him the true love he had found in Elizabeth,
at a young age. When most histories would show disdain for Medusa,
Victor sees in her someone violated, who deserved to be honoured.
Many a trip to Athena's temple did he made to look at the covered


aegis that hung on the wall. Protected by a fence of three foot high
flames - enough to deter any mortal from passing through and
capturing her shield. Each fortnight for about 3 years, Victor travelled
from Geneva to Greece to look at the concealed aegis. Never able to get
close enough to uncloak her visage, until this time: Victor is prepared!

Travelling with the protection of night's shade, he had taken water
collected from the river in the Elysian fields to pour over the flames
and uncloak poor Medusa's severed head. Victor desired to see her face;
tenderly, his hand made its way to the cover, with one nervous jolt he
could gaze at her vacant expression. Shocked with the discovery of –

"Mademoiselle Medusa, I am Doctor Victor Frankenstein. My fiancé has
a Phoenix familiar close to rebirth; we want to take your head to attach it
to his body. I know you have suffered at the hands of others. Your destiny
is to be bonded to his body & sent to guard the gateway to the Labyrinth.
You & Tristan, Elizabeth's phoenix, will be a new creation, called The
Pheomedu! You will guard & protect the Labyrinth from those by impure
hearts, who will be tuned to sand with your eyes & melted to
glass by Tristan’s fire, allowing those with hearts of purity to pass
through."

When Victor had removed Medusa's head from the shield, her eyes
opened with sadness; the words 'thank you' whispered from her lips. He
fled Athena's temple. No one noticed until morning that Athena's aegis'
headpiece had been gone. Athena had known it was only a matter of time
before it would be stolen; she knew that Medusa's head would come to life

once removed, however unaware it would be one with adoration & not with
evil intentions. Elizabeth was trying to keep Tristan alive enough for Victor
to come back & give him a new head. She kept rubbing his body with
cinnamon sticks soaked with the essence of frankincense, especially his
beak & eyes, to ensure he was ready for Victor. Many creatures had come

to life in this laboratory: Victor thought of it more as an artist's studio. The
Griffin - with the head & wings of an eagle & body of a lion – had its first
breath here. And, of course, we cannot forget about the poisonous Lulla-
Bugg - with the head of an owl, body of a bee, wings of a Blue-Morpho
butterfly & legs of a great blue heron. Victor finally arrived with Medusa's

head. He put on his dark cloak and began to prepare for his creation's first
whisper. As always, Victor requires the sonorous presence a 5 piece
musical ensemble, consisting of a grand piano, flute, violin, harp & cello.
All of the music is composed and conducted by his young friend, Frédéric
Chopin. They play on the balcony of the grand laboratory, elevated so as

to not be in the way while he creates. The rhythm of the metronome's ticktick-
tick, in the background helps keep Victor's mind grounded with each
cut & stitch. Igor must replace and relight all the candles, giving him
enough time for him to see Elizabeth and give her a kiss & an embrace.
Medusa's salt-stained face is thoughtfully cleansed with lavender oil to

remove all of the tear-splotches from her skin, including the crimson
smudges on her neck. Ampoules of laudanum injected in Medusa’s neck,
lulling her to sleep ensuring she would not feel any more discomfort.
Elizabeth gave Victor Tristan, wrapped in a linen-blacked cloth soaked
with frankincense, his head still intact. He wanted a humane death for

Tristan. As quickly as he could, with one hand on Tristan's beak the other
on his dagger, he administered one quick slice. Tristan's head ignited into
flames before it reached the floor. As he promised, Tristan's body
remained. Under the veil of darkness, Victor worked on ensuring his

creature would survive - otherwise his sacrifice is worthless. His final task:
take a silver thread & stitch Medusa's head to Tristan's body - a silver
thread because there would be no recovery time. It is imperative that the
guardians of the Labyrinth report to their post by dusk or the Labyrinth
would vanish, leaving the memory of myth instead of bone. Morning's light

shone through the curtains, playing on & tickling Medusa's eyes. Still in a
daze from the Laudanum, she looked down at her new body and, with all
the day's new anticipation, knew exactly where to go. The gates of The
Labyrinth finally have sentries. When Victor came back to the laboratory
to look upon his creation, all he’d discovered was a newly shed snake skin 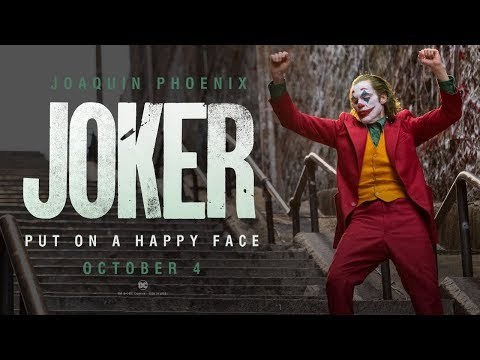